The hog population has been on the rise nationally, particularly in Texas. That has been primarily due to few natural predators and the abundance of hog food. Unfortunately, feral hogs cause massive damage to private and public property.

That is why the state of Texas revised feral hog hunting permit requirements. While hog hunters on public land need a permit from the Texas Parks and Wildlife Department (TPWD), you do not need a hunting license if you hunt wild hogs on private land.

You only need to use a licensed helicopter hog-hunting company.

The Cost of Helicopter Hog Hunting in Texas

Helicopter hunting in Texas will cost one person between $1,100 and $8,000 per machine gun. The cost varies based on the helicopter hunting company, the duration of the hunt, whether it is a day or night hunt, and the type of hunting equipment.

The cost is higher if the package includes night hunting equipment such as thermal vision scopes or night vision binoculars. Other packages may include time at the gun range, lodging and meals, and aerial full-machine gun hunting.

A company such as Helibacon will charge you a maximum of $5,495 per person to hunt for two hours of helicopter flight. The minimum charge is $2,995. However, it does not include time at the gun range, night vision and thermal hunting equipment, and full machine gun hunting.

Packages do not often include the cost of picking you up from the airport or dropping you at the airport. You have to pay for that separately. And most ranches do not admit children under ten years or allow anyone under 18 to hunt from a helicopter.

There are several helicopter hunting companies in Texas. They include:

The first one was offering bounties for killing hogs. Hog bounties did last long because, unlike buffaloes, hogs reproduce much faster. However, only three counties in Texas offer a bounty for hunting hogs. The bounty is $5 per hog.

So you may need to kill at least 40 per day to do it for a living.

The development of hog baits and traps was the next strategy for hunting hogs. Unfortunately, that also failed because hogs learned to avoid traps and baits, which meant hunters had to invest in new traps.

The final method, still in use today, is actively hunting wild hogs. To actively hunt wild hogs, farmers must use predator calls, thermal scopes, hunting lights, and helicopters to find the feral hogs and shoot them.

This last method is favored among farmers and authorities because it only needs a one-time investment in hunting equipment. Furthermore, it does not threaten the entire wild hog population. And therefore, it does not put them in danger of extinction.

The benefits of helicopter hog hunting in Texas

Helicopter or helicopter hunting is popular because it is safer, faster, and more thrilling for hunters. And since an experienced helicopter crew guides the hunter, new helicopter hunters are often more successful than hunters on foot hunting for the first time.

Helicopters also move faster and offer a wide view from their elevated position. That makes it easy to identify bigger groups of wild hogs and hunt them faster. Moreover, you can hunt from helicopters day and night if equipped with night vision and thermal imaging devices.

Most helicopter hunting services include the hunting accessories in their Texas Helicopter Hog Hunt Price. Others use introductory pricing offer them as upgrades, where you can pay an additional fee to use them.

But the most important aspect for new hunters is their safety. You do not have to worry about getting hurt while hunting at night or even getting attacked by feral hogs. That also makes hunting hogs from helicopters a good adventure for couples or families.

Helicopter hunting is also an all-year-round activity. You can hunt from helicopters any time of the year in Texas. The exception is the occasional days when there is a severe snowstorm or hurricane, everyone must stay indoors, and aerial traffic is grounded.

The only downside with helicopters or aerial hunting is that they cost you more than hunting on foot.

The process of helicopter hog hunting in Texas

You can hunt hogs from a helicopter in Texas on private land without a license or permit. But if you want to hunt on public land, you must get a hunting license and permit.

That is because you need to take additional safeguards to avoid endangering the lives of other public users on that land. If you use a registered hog hunting helicopter company, then it is easy. The helicopter company will help you to get all the paperwork done.

You will only need to sign two documents, agreeing to adhere to hunting guidelines in Texas and accept any associated hunting risks.

Depending on your chosen company, the company may train you on safety procedures to observe while aerial hunting hogs. These can include avoiding shooting at hogs close to human settlements or domestic animals and wearing helicopter hunting gear at all times.

Anyone can hunt on private land in Texas as long as they can legally possess a gun. And they are over the age of 18 years. Once you pay the company’s hunting fee, you will be given a liability release form from the landowner and the helicopter company.

The above process is covered by the Texas House Bill 716.

Helicopter hunting of depredating hogs is not sport hunting, and sport hunting is not allowed in Texas. Hunting from a helicopter is only permitted on feral hogs to control their population.

Can you hunt hogs from a helicopter in Texas?

It is legal to hunt hogs in Texas from a helicopter. However, if you hunt on public land, you must get a license from TPWD. And you may not get the license during the deer season. So that protects those hunting deer from a deer hunting stand.

But you can hunt hogs any time of the year from a helicopter on private land and ranches. On private ranches, the owners have greater control over who goes out to hunt at any particular time.

And in that regard, helicopter hunts are often scheduled to happen at only specific times of the day or night.

How much does Texas pay for wild hogs?

In Texas, you can get paid $5 per hog bounty, according to the Central Texas Hog Task Force. The bounty payments by check by Hays, Caldwell, and Guadalupe counties. So far, the bounty program has helped rid 2,877 feral swine. To achieve that, the Task Force invested $37,500.

The Central Texas Hog Task Force estimates that it has saved the environment and farmers $1,438,500 in property damage. Therefore, for every $1 spent, the counties saved $38.36 in property and environmental damage.

Currently, those are the only counties in Texas where you can make money hunting feral hogs. Therefore, if you want to hunt hogs in Texas for money, you need to contact the Task Force and request to hunt for feral hogs for the bounty.

However, the state of Texas does not pay for wild hogs. The bounty program is the only operation in three counties that has come together as part of a regional effort to mitigate damages caused by feral hogs to the environment and farmers.

What to do after shooting a wild hog?

The first thing you need to do after shooting a hog is to skin and gut it. That will preserve the meat as leaving the internal organs will keep the animal warm for longer. However, that can speed up the rotting of the meat.

Moreover, the gut juices are rich in bacteria such as E.Coli and digestive juices.These bacteria in the dead hog can elevate gut temperatures as they break down the internal organs, causing the hog to smell and rot faster. Not to mention poisoning the meat with harmful bacteria.

What are the rules of hog hunting in Texas?

Feral hogs have caused havoc in Texas, which pushed the state of Texas to pass a law in 2019 that does not require hunters in private ranches to get state hog hunting permits. But the hunter must have written consent from the land owner in paper or digital form.

Can a non-resident hunt hog in Texas?

Residents or non-residents in Texas can hunt hogs on private land and ranches in Texas without a permit. However, hunters need a landowner’s consent to hunt on private land or a state hunting permit on public land.

Feral hogs cause over $1 billion in destruction to property and the environment annually. In the state of Texas, the annual damages are upwards of $50 million. That has forced various states to relax their hunting laws on hogs to control their population.

While Texas helicopter hog hunting prices range from $1,100 to $8,000, some Texas counties can pay you $5 per tail of a feral hog. The hog bounties are great for hunters who hunt hogs on foot, especially those doing it to protect their farms.

Overall, hunting hogs is a great way to help landowners fight the hog menace and protect their property and the environment from damage. And it also brings in much-needed funds to control the feral hog population in farmlands.

Peter is a technical, finance, and business research writer with over five years of experience. He takes pride in publishing useful and informative guides.

You need to know how to bait hogs quick if you want to hunt hogs successfully. Hunting is an essential practice to reduce the hog population, which poses a serious risk to agriculture, property, and the environment. Unfortunately, hog hunting can be difficult, though, as these animals are elusive and challenging to catch. They make… 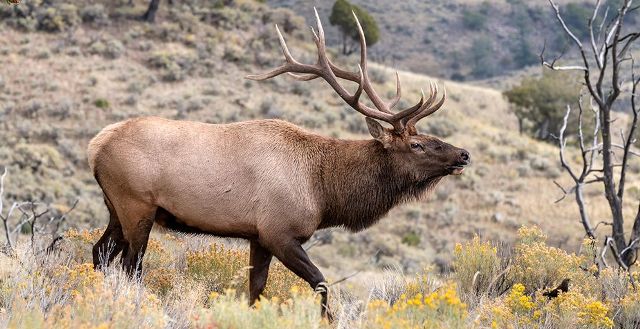 You might think that because these creatures are massive, then hunting them is going to be that easy. Shooting the Elf might not be the hardest part either, as it will depend on the skills that you have. Finding an Elk is actually what will prove to be challenging. Below we shall discuss some Elk… 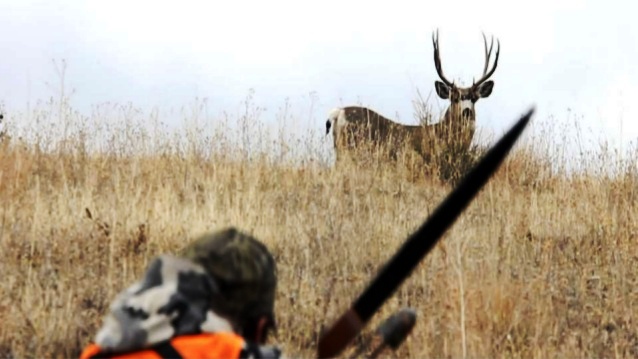 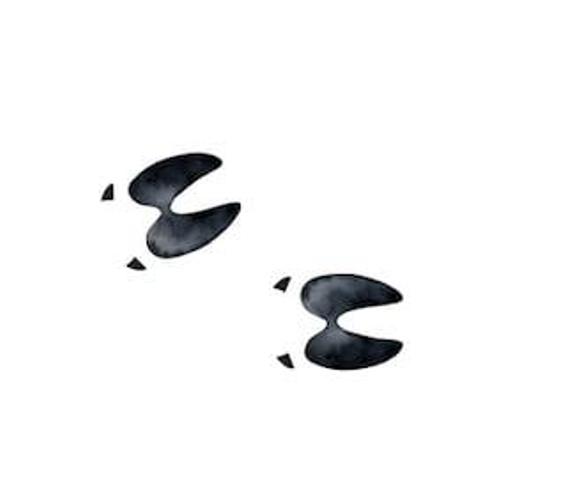 Hog tracks can be useful when hunting hogs, as they can provide information about the movement and behavior of the hogs in a given area. By studying the tracks, hunters can gain insights into where the hogs are feeding, resting, and moving, which can help them plan their hunt and increase their chances of success…. 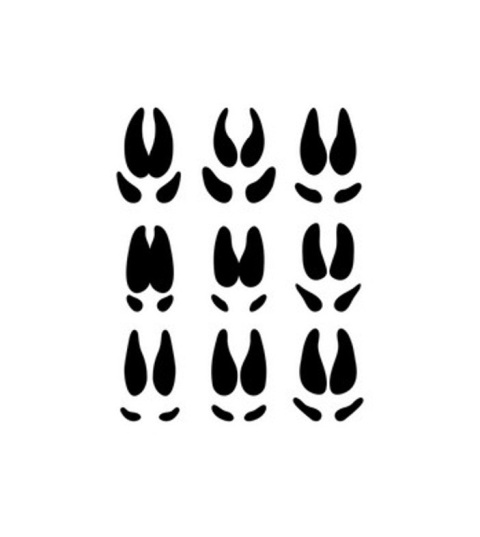 One of the most exciting types of game to hunt is the wild pig. When hunting this game, you need to know how to identify pig footprints. Hog tracks have ends, which are rounded. The spread between the tracks of hogs are shorter compared to those of deer. Let’s look at three things you should… 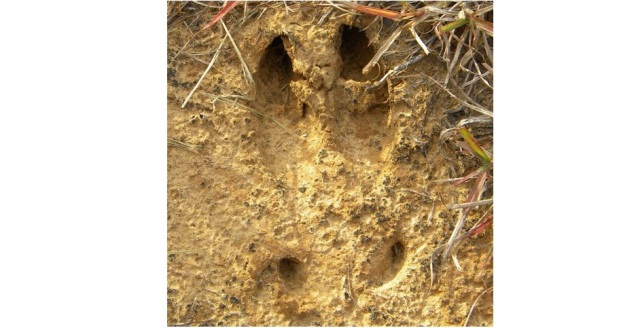 Hunting hogs can be challenging if you don’t know what hog tracks look like. One of the reasons is that they are nocturnal, which means finding them can be difficult. The prints of hogs have a square like shape. Moreover, they are usually shorter, wider, and rounder than deer tracks. If the toe’s tip is…