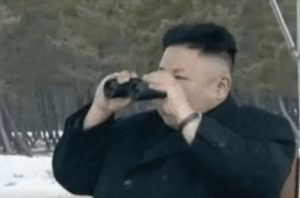 These 10 Interesting things you didn’t know about binoculars will change your view of binoculars, – pun intended.

Most of us have seen and used binoculars, but not many people take the plunge and purchase one.

Among the reasons for these scenarios is that you may not have a specific use on a daily basis.

You may only give it s thought when you’re you are already on vacation, such as a distant scenic spot.

However, for many other people, a binocular is among their most important devices. These people include bird watchers, nature enthusiasts, sports lovers and hunters.

When buying a binoculars, these users are very clear on the specifications they want from such a device.

In this article, we’ll look at the 10 interesting things you didn’t know about binoculars and the things to consider when buying this amazing device.

To start with, Kim uses a locally made Bino!

1. You Get What You Pay For (Up To a Certain Point) 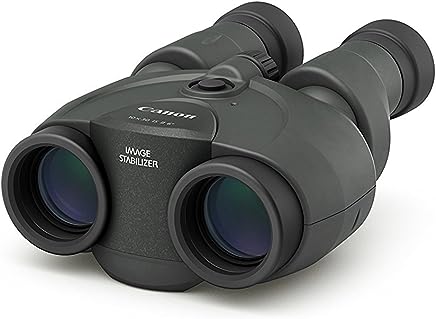 Among the most interesting facts about a binoculars is that you get what you pay for to a certain point. For instance, if you spend around $500-$750, what you’ll get is value for the money, a  binoculars that balances quality and price.

On the other hand, a binocular that costs you $200 will probably be going to provide you with twice as clear and crisp image as $100 binocular.

However, once you spend higher amounts of money, these improvements will go down rapidly. That means a $1,500 binocular won’t be twice as good as binocular which costs you $750.

In fact, you’ll may only get an improvement of 5-10%; that because of glass fabrication and characteristic limits that are yet to be overcome.

2. Previously (Aro0und 10 Years Ago), Some Binoculars Came with Gadgets Attached

Several companies designed binocular brands that came with gadgets attached, that’s around 10 years ago. Among the common ones was one, which had an inbuilt radio along with headphones.

Recent ones have digital cameras mounted in between the device’s lenses. That design is a marketing strategy and it seems to work for first time buyers.

It deceives buyers into believing that what they see through the binoculars is the exact image you’ll get in the camera. Another thing is that these devices were usually cheap. The strategy didn’t work.

The only way to match the binoculars magnification was to utilize the ‘digital magnification’. Any person with experience in digital photography will tell you it’s cheating.

3. Most Hand-Held Binoculars Have an Upper Limit in Their Magnification

It’s interesting to know that most handheld binoculars have an upper limit in their magnification. The average person can only hold a 10x magnification steady for any length of time.

That means do not try to hold a 12x magnification or higher power binoculars.

Otherwise your hands will in most instances shake, meaning that you will find it hard to view objectors easily. Make sure you mount high-powered brands of binoculars on a tripod.

4. Two Most Important Numbers on a Binoculars

When it comes to describing binoculars, you should remember that in most cases, two numbers are used. They are 10×35 and 7×50 and so on.

The first number refers to the binocular’s magnifying power, meaning that 7x will magnify objects 7 times. The second number is the aperture or diameter of the device’s front lens in millimeters.

The larger the aperture is, the better the image you’ll get. However, if it’s anything above 50mm, you’ll find it hard to hold comfortably.

If you going to use your device on a surface where you can’t use a tripod, for example, on a boat or if you have shaky hands, stabilized binoculars are available and will serve you well.

However, you should keep in mind that it costs significant amounts of money and function by using gyroscopes to make up for the movement of the binocular.

You can learn more about some of the stabilized binoculars here.

6. Binoculars Come In Two Major Designs Named By the Prisms They Use

Another exciting fact about binoculars is that they come in two major designs, which are named using the prisms they use. One of them is the ‘Porro-Prism’, which utilizes a pair of right angle 5186prisms for rotating the image.

It’s the wide body and standard binocular which most individuals are familiar with. The other design is the ‘Roof Prism’ where a more compact and straight Abbe-Prism gets is used for correcting the image.

Most compact models use the Roof prisms (the ones that look like they have just two straight tubes that have a hinge connecting them).

Roof prisms may be more compact, but they result in issues such as color separation and light loss along with other issues, which means that they need higher tolerances or specific phase-correction coatings to resolve the problem.

7. You Cannot Repair Your Binoculars

You should realize that you can damage your binoculars by breaking or cracking its lenses, which is very hard to repair. Remember that many brands of binoculars are durable.

However, some people use them while on adventures such as climbing and hiking. That means you should take care of your device.

8. Coatings Are not meant to make binoculars look “cool.”

Coatings are one helpful feature on your binoculars. For instance, each time light goes from air-to-glass, 7-9% of the light being transmitted can be lost.

Keeping in mind that your binoculars has many such points which include the eyepieces, prisms and main lenses.  You can end up losing lots of light without the special coatings.

That is better since it means a multi-coat. Avoid ‘Ruby’ or Red coatings since they wash out colors.

9. Attaching a Binocular to a Camera Tripod

When attaching your binoculars to a camera tripod, you need to have a low-cost adapter. You should then find the cap cover, which is between the binocular’s two openings.

These threads are universal (1/4″-20), that’s unless your binoculars is an old one.

10. Binoculars Were Mostly Used For Astronomy 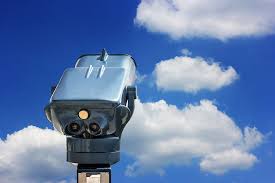 Binocular’s invention can be traced back to the late 17th century. In fact, their use of viewing things on earth’s surface or sky was not widespread until the late 19th century.

This was thanks to the internal prisms, which is used to ‘erect’ the image, which is viewed in the binoculars. Before this, binoculars were mostly used for astronomy.

The images were inverted, but this didn’t mean much because the stars are upright anyway! These days, binoculars are used almost entirely for terrestrial viewing