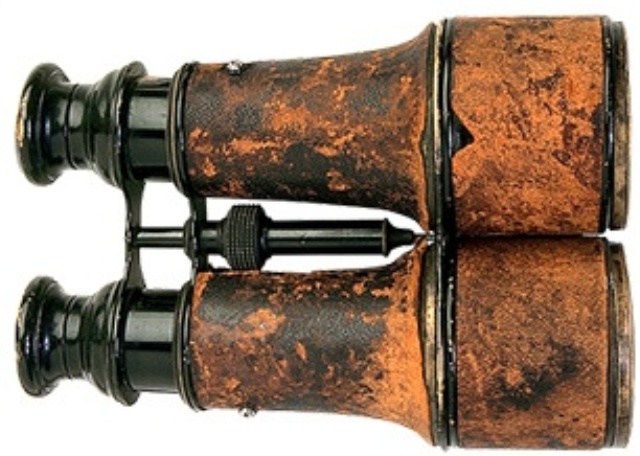 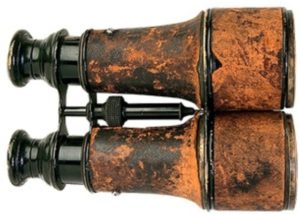 History of binocular – ever wondered what the first binocular looked like? Well, they barely resembled what you see today.They have come a long way, just like other awesome stuff we have today.

As you can imagine, they only got better as time went by for obvious reasons. Manufacturers had access to better materials and fabrication techniques.

In that regard, let us look at the history of the binoculars, along with its cousin, the telescope.

Even in the best binoculars under $200, manufacturers use a prism assembly to project an upright image. Images would otherwise appear inverted, as it is the case with astronomical telescopes. Binoculars and refracting telescope may have slight differences in their design. However, their development happened almost concurrently for a while.

Moreover, there was much more to their advancement than just the advancement of optical designs. Other factors that contributed immensely to their final design.

They included huge leaps in manufacturing technology and fabrication of materials used in their design. A case in point is the precision brass tubing. The pioneer manufacturers used it to design early optic devices in the mid-1700s.

History of Binoculars -The Invention

Hans Lippershey was among the first people who we credit for inventing the binoculars. They publicly declared they had invented an optical device. The device allowed objects at a distant to be viewed as if they were close by. On September 25, 1608, he received a letter.

The introduction letter invited him to the States-General at The Hague. He was supposed to present his invention, and get a patent. However, a week later, he received another letter from the State General. This one requested him to improve the device’s design, so that a user could use it with both eyes.

He did it and presented his binoculars on 4 October 1608. A committee formed to examine the invention tested it on the tower quarters of Excellency.

When they reported on their findings on December 15, 1608, they said the device worked as the Hans Lipperhay claimed. However, they denied him the patent, saying others had made claims of the same invention.

Quite a painful moment for him considering no one else had applied for a patent. And no one had demonstrated their idea of a binoculars.

The refracting telescope had evolved to its modern configuration by the mid-1700s. However, the binoculars had to wait until 1894 to complete its evolution. The long wait was because of the extra complexity required to display optically transmitted images.

They had to be upright and the mechanism compacted. It was only after the modern prism was included in its design that the revolution was complete. 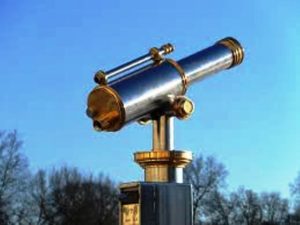 Galileo used a long and a high magnification telescope in his astronomical observation. His was the first practical telescope, that also led to advancement in astrology.

The first telescope that he produced had a magnification of 3x-10x which he later advanced it to 20-30X. He published his observation about the moon of Jupiter, Milky Way and the constellation. Other observations that he made include the phases of Venus, the ring of Saturn and the sunspot.

Christopher Scheiner made this telescope in 1617, though Johannes Kepler had already made one in 1611. The telescope had a high magnification, inverted images, good field of view and longer length. In order to produce erect images, he introduced a single erecting lens.

Anton Maria Schylrle later introduced a practical terrestrial telescope that had an erect image, in 1645. He used two elements to erect a couplet. The telescope had an acceptable field of view and magnification.  Christiaan Huygens later introduced a two-lens eyepiece telescope, which incorporated both eye lens and field lens in 1662 by.

Some of the telescopes had additional field lens at/near the first intermediate image that this resulted to a five-lens eyepiece. Some evidence suggests that the four lens eyepiece was used in the late 1600 but fell out of favor until mid-1700.

That was because of advancement in achromatic objective in the mid-1700s.  The modern design of the terrestrial refracting telescope that was available that time, also contributed to their disuse. Telescopes also began to use brass tube with a majority of them produced going for military and nautical purpose.

History of Binocular – How Do Binoculars Work?

In the early 1700s, many believed chromatic aberration was fundamental and thought they cannot correct it. However, the work of John Dollond and Chester Moor Hall led to the creation of achromatic objective.

Here, he combined two lens having different dispersion properties, to form a single objective lens. This made blue and red light to focus on the same location and this minimized the blur even on large diameters.

What is the Function of Prisms in Binoculars

Chester Moor Hall who was the original inventor, commissioned 2 opticians James Mann and Edward Scarlet in 1733 each to make one lens element. Coincidentally both opticians subcontracted the work to George Bass.

At around 1750, George Bass discovered that different glasses had different dispersing power and invented an achromatic lens. He gave this information to Dollond who began a series of experiments using different glass types.

Dollond’s son named Peter saw a commercial advantage and patented the invention once the test lens was made in 1758. Chester Moor Hall challenged the patent twice but lost on grounds that the person profiting from the invention, is the one benefiting the public by it, and not the one who locks it in his desk.

This led Dollond to become the dominant manufacturer in late 1700s. His name became a synonym for the telescope. And in that way, his name is etched in the History of Binocular. 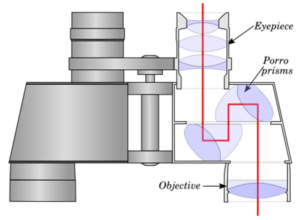 Manufacturers used paper to make telescope throughout the mid-1700s. They rolled it into tubes with vellum or leather covering which provided some water resistance. They then used turned wood, horns or ivory to make a protective ring on the draw and the lens cells.

A famous one was an Italian paper telescope made with paper tubes and decorated with vellum. It also had a Schyrle erecting system and was 850mm long with the main barrel having a diameter of 55mm.

It was until the end of the 1700s that high-quality brass become available. They were first were first put to use in 1740, used commonly in the 1750s. Preparation of brass for drawing was done by rolling a sheet of metal into cylinder. A mandrel that defines the diameter of the inner tube had cylinder housing.

The cylinder abutting edge was silver soldered. They drew the brass cylinder by force through a series of steel die. That gave it the desired thickness of the wall.

History of the Binocular

Keplerian telescope and Galilean telescope were the two scopes that evolved into a binoculars in two different ways. The attempt to modifier them started in the 17th century, with both designs experiencing difficulties in focusing, alignment and magnification match. That made reproducible manufacturing almost impossible.

In early 1700s, small Galilean telescope called spyglasses with a magnifying power of 2-3X was common. Advancements were made in the field of view at the late 1700s by using large objective and achromatic objective. In 1823, Opera glasses were invented by J.F. Voigtlander.

He used a frame with two bridges to combine two achromatic spyglasses of opera glasses. Advancements were made by J.P Lemiere in 1825 who was from Paris. He improved this by adding a third bridge between the eye tubes and focusing mechanism. The focus of the early design was by turning the body of one telescope to drive the motion of eye tube.

It was until late 1800s that the quality of optics improved. Opera glasses was by now available with triplet eye lenses and triplet objective with a large diameter lens. This combination had a wider field of view and minimized chromatic aberration. The magnification here remained at 3X.

Highest magnifying Galilean binocular power was about 5-6X. These field glasses were Majorly used for military applications. It’s in the 1800s that the field glasses started using aluminum immediately it became available.

Field glasses and opera glasses have a simple optical system which is an advantage. However, they have a limited field of view and relatively low magnification inherent to Galileo telescopes.

This is a combination of two Keplerian telescopes with Schyrle erecting lenses. This configuration tended to be long because of a number of optical elements.

Manufacturers attempted to construct this form of binocular in the 1600s. However, they faced challenges in magnification match, alignment and focusing.

The optical system failed to work properly because of long length and high magnification. The issues were worse with twin telescope than the Galilean binocular.

Ignacio Porro in 1854, attempted to fabricate prism binocular but failed due to the poor quality of glass. Carl Zeiss collaborated with Otto Schott, a glass maker to design and make the high-quality prism. These prisms were important for Porro prism binocular. Ernst Abbe provided the optical design of the prism and was first sold in 1894.

It was in mid-1800s when Giovanni Amici added the roof surface to the prism, which deviated light by 90 degrees. In 1897, manufacturers introduced an erecting prism system that incorporated roof surface in to binoculars, to make a pentaprism configuration.

This kind of prism first appeared in the early 1900s, and it erected the image without displacing the optical axis. While still in use today, this prism is a precursor of the Pechan roof prism in modern roof prism.

It’s possible to build some asymmetric in this prism so as to provide an offset of the optical axis. This will be a large objective lens with a large diameter. Some of the best binoculars under $300 have this design. 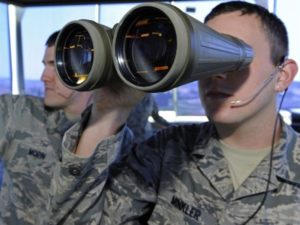 Moreover, the design of a binocular is more complicated than that of the average telescope because of the need to project an upright image.

Manufacturers took just over a century to achieve the modern design form of the terrestrial refracting telescope. However, it took nearly 3 centuries for binocular. Designers made critical advances in manufacturing technology, mechanical design and optical glass.

The precision brass tube which manufacturers introduced in the mid-1700s, played a critical role in optical instrumentation. Overall, the modern binocular has a lot to offer thanks to today’s manufacturing and material available.

Hans Lippershey is an Optician by profession, and he enjoys discussing about various optical instruments. He also enjoys hunting once in a while, and staring deep into the sky with his telescope. 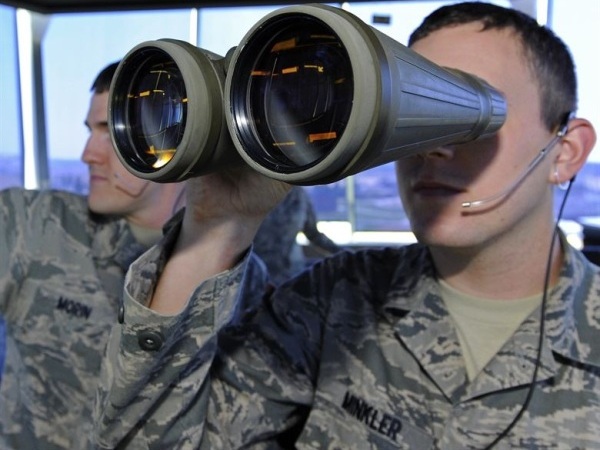 Not all binoculars are good. The quality of binoculars can vary greatly depending on a number of factors, such as the materials and construction, the optics and lens coating, and the overall design and durability. In general, high-quality binoculars will provide clear, sharp images with minimal distortion, good light transmission, and a comfortable viewing experience…. 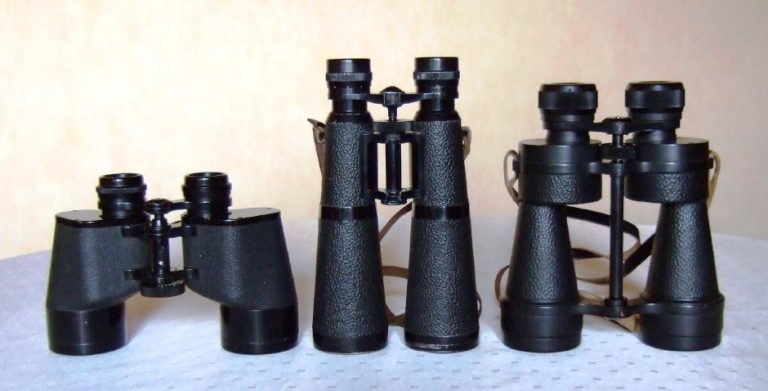 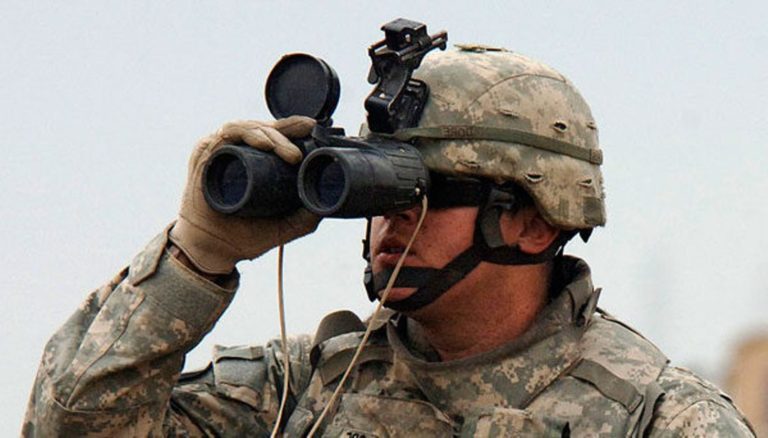 The best binoculars can change the way your experience your outdoor life. Personally, my first encounter with a pair of binoculars as a kid. Being able to see distant objects so close, and with both eyes, was just amazing. Back then, it was just for fun. As I grew up, I learned that a binocular… 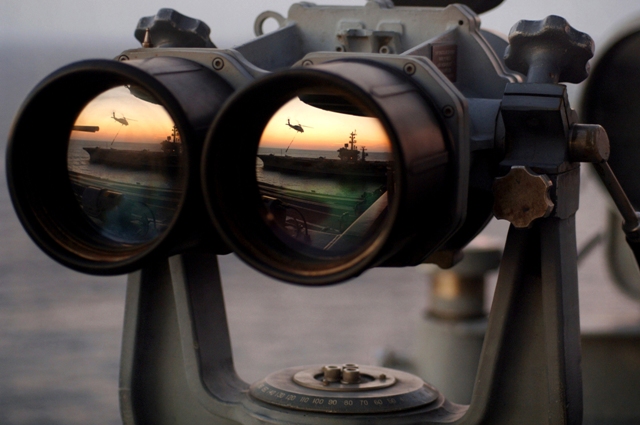 Binocular has gain popularity in the last decade and a lot of people are flocking into the market and buying them. Majority of them are mainly purchased for the purpose of bird viewing, hunting, and other activities. Unfortunately, not all people know how far they can view with their binocular and even don’t understand the… 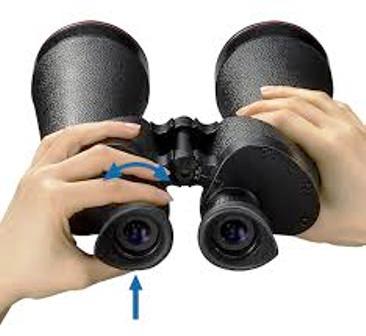 When it comes to bird watching projects, it’s important that you have a good brand of binoculars. You can observe wildlife and birds without using a binoculars, but you’ll need one if you want to see more detail. The best bird watching binoculars doesn’t have to cost you lots of money, but it should be…

The 10x42mm and 8x42mm are arguably the standard measurements if you want to get the best (overall) views when using binoculars. There are larger and smaller binoculars, which can be ideal for some situations, but the 10×42’s and 8×42’s are among the most popular and common among manufacturers. So, what exactly makes these two sets…