The best telescope for viewing planets and galaxies for beginners is the Orion 8945 SkyQuest XT8 Classic Dobsonian Telescope. Its top features include a 203 mm – 8”- aperture, Dobsonian optical design, Red Dot Finder, a 1200 mm focal length, and a Focal Ratio of f/5.9, among other notable features.

Among telescopes priced under $700, the SkyQuest XT8 has some of the best features. That is why many astrophysicists and astronomers consider it a steal review.

What Makes the SkyQuest XT8 the best telescope for viewing planets and galaxies for beginners?

Check on Amazon.
Check on OPT

The 203 mm allows the SkyQuest XT8 to gather a larger amount of light, resulting in brighter and clearer images of objects in the night sky. A larger aperture also allows for higher magnification and the ability to observe fainter objects, such as distant galaxies and nebulae.

The 203 mm aperture is quite large for a backyard telescope, making it an excellent choice for amateur astronomers who want to observe deep-sky objects in finer detail.

A Dobsonian optical design refers to a type of telescope mount and construction. The Dobsonian mount is a simple, low-cost, Altitude-Azimuth mount for telescopes. John Dobson invented it in the 1960s as an easy and inexpensive way for amateur astronomers to build large, powerful telescopes.

The design features a box-like mount that allows the telescope tube to rotate in altitude (up and down) and azimuth – side-to-side – directions. The mount is very stable and easy to use and can support large, heavy telescope tubes.

The Dobsonian design is particularly well suited for telescopes with a large aperture, such as the Orion 8945 SkyQuest XT8 Classic Dobsonian Telescope, as it allows the telescope to be pointed at objects in the sky with great precision and stability.

The red dot finder projects a red dot onto a small lens, and the user can use this dot to aim the main telescope at the object of interest.

The red dot finder is a simple, easy-to-use aiming device that is especially useful for beginners who may not be familiar with the night sky. It can help them quickly and easily find objects without spending much time searching for them.

Additionally, a Red Dot Finder is usually very lightweight, easy to install, and aligned with the main telescope, and it consumes very little energy, making it a great addition to any telescope.

Including a red dot finder in the SkyQuest XT8 is an added convenience for the user, and it can help them quickly and easily aim the telescope at objects in the sky, making it easier to observe and study the night sky.

The focal length of a telescope is the distance between the primary lens or mirror (the objective) and the point where the telescope forms an image. In the case of the SkyQuest XT8, the focal length is 1200 mm.

The longer focal length also allows you to make detailed observations of deep-sky objects, such as distant galaxies, nebulae, and star clusters.

A lower f-ratio (such as f/4 or f/3.5) indicates that the telescope has a faster focal ratio and a wider aperture, which allows more light to enter the telescope and results in brighter and clearer images.

A higher f-ratio (such as f/10 or f/15) indicates that the telescope has a slower focal ratio and a narrower aperture, which results in dimmer and less clear images.

F/5.9 is a relatively fast focal ratio, meaning that this telescope will have a wide aperture and gather a lot of light, making it great for observing faint objects such as distant galaxies and nebulae. A fast focal ratio also allows for shorter exposure times when taking astrophotography.

The head design of a telescope refers to the type of mount that you use to support and operate the telescope. For example, the Altitude-Azimuth (Alt-Az) mount allows the telescope to move in two directions: altitude, which is up and down, and azimuth, which is side to side.

The Alt-Az mount is a simple, easy-to-use mount that is well-suited for beginners and casual users. It is also more compact and lightweight than other mounts, making it easier to transport and set up.

The Orion 8945 SkyQuest XT8 Classic Dobsonian Telescope features an Altitude-Azimuth mount, the Dobsonian mount, which is a low-cost and easy-to-use mount that allows the telescope to point at objects in the sky with great precision and stability.

This mount is a great fit for the telescope’s aperture and focal length, making it easy for the user to point the telescope at objects in the sky and observe them with clarity.

The weight of a telescope’s mount is an important factor to consider, especially if you plan to move or transport the telescope frequently. A lighter mount is generally easier to move and set up, while a heavier mount may be more stable and better suited for long-term observation.

A mount weight of 20.7 lbs. for the Orion 8945 SkyQuest XT8 Classic Dobsonian Telescope is relatively heavy, but it is still manageable for most people to move it around.

The stability provided by the mount is especially important when observing at higher magnifications or when taking long-exposure astrophotography.

The optical tube assembly (OTA) length of a telescope is the length of the telescope’s main tube, which houses the objective lens or mirror. For example, the OTA length of the SkyQuest XT8 is 46.5 inches.

A longer OTA length allows for a longer focal length, resulting in higher magnification and better resolution of faint objects.

The 46.5” OTA length of the SkyQuest XT8 telescope is quite long for a telescope of its class. That is why it can provide a higher magnification and better resolution of faint objects. That is another reason it is the best telescope for viewing planets and galaxies for beginners.

That makes it an excellent telescope for observing deep-sky objects such as distant galaxies and nebulae and for planetary observation.

It is worth noting that a longer OTA length may require more space for storage and transportation. The user should ensure they have enough space to accommodate the telescope before purchasing it.

The Dobsonian Cradle mount is a simple, low-cost, easy-to-use mount that is well-suited for beginners and casual users. It is also more compact and lightweight than other mounts, making it easier to transport and set up.

This mount provides stability and precision, allowing the user to easily point the telescope at objects in the sky and observe them in finer and clear details.

Having a high limiting stellar magnitude means that a telescope can detect and observe fainter stars and other celestial objects, which can be beneficial for several reasons.

For instance, if you want to observe distant galaxies or nebulae, a telescope with a high limiting stellar magnitude is ideal since it will allow you to detect and observe these objects more easily.

The limiting stellar magnitude is not the only factor determining the telescope’s performance; other factors like the aperture, focal ratio, and the quality of the optics also play a role.

The highest useful magnification of 300x refers to the maximum magnification at which you can still see an image and discern its details.

The quality of the optics, your eyesight, the stability of the telescope mount, and the atmospheric conditions determine the upper and lower magnification limits.

The only downside of this telescope is it comes with a low-quality laser collimator. So you may need to replace it. A laser collimator is a device used to align the optical elements of a telescope.

It projects a laser beam through the telescope’s optics and allows the user to adjust the alignment of the mirrors or lenses so that they are properly collimated or aligned. That is important for achieving the best possible image quality.

A laser collimator typically consists of a small laser, a set of mirrors or lenses, and a focus adjustment. You first point the telescope at a bright, distant object, such as a street light, and then shine the laser beam through the telescope’s optics.

You then adjust the alignment of the mirrors or lenses using the focus adjustment until the distant object reflects the laser beam into the collimator. That indicates that the telescope’s lenses or mirrors have aligned.

Once you collimate a telescope, you can start using the telescope to view distant objects such as planets and galaxies.

It is a useful tool for telescope maintenance, as it can collimate a telescope in minutes. It is especially useful for reflector telescopes, which have mirrors that can become misaligned over time.

Summary – Best Telescope for Viewing Planets and Galaxies for Beginners

There are many features combined to make the best telescope for viewing planets and galaxies for beginners. However, the top three are aperture, magnification, and mount. You need to check those even when considering other telescopes.

The aperture of a telescope is the diameter of its main lens or mirror, and it is the most important factor to consider when buying a telescope for viewing planets and galaxies. A larger aperture allows the telescope to gather more light, resulting in a clearer and more detailed image.

Magnification is another important factor to consider when buying a telescope. A telescope with a high magnification will allow you to see more details on distant objects, but it can also make the image less stable and harder to view.

The mount is the mechanism that holds the telescope in place and allows you to adjust its position. A sturdy mount is important for keeping the telescope steady and reducing vibrations. A motorized mount can also make tracking objects moving across the sky easier.

In addition to the above three factors, you may also want to consider other features. That is the size and weight of the telescope, the ease of assembly and use, and the cost.

The Orion 8945 SkyQuest XT8 checks out all five features. That is why I consider it the best telescope for viewing planets and galaxies for beginners.

Peter is a technical, finance, and business research writer with over five years of experience. He takes pride in publishing useful and informative guides. 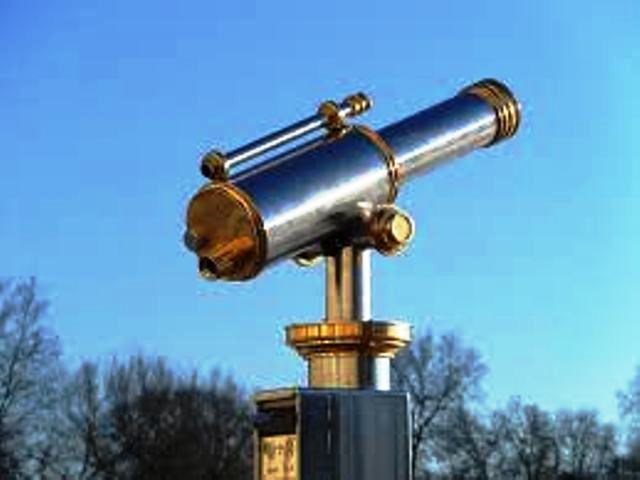 The guide below will help you determine the best telescope for viewing planets and galaxies. Planets that are visible with our naked eye include Mars, Jupiter, Mercury, Venus, Jupiter and Saturn. Neptune and Uranus may require a set of binoculars to be seen. However, you need an excellent telescope to get a clear view of…

One of the most interesting and fun hobbies to have is astronomy. If one of your favorite topics happens to be the telescope, make sure you read on this article to find out about exciting facts about it. As you may already know, telescopes are extremely interesting, and they are fantastic instruments, which enable us…

Metal Lenses are designed to deal with shortcomings of glass lenses such as Chromatic aberration. According to researchers at Harvard, metal lenses will help to get rid of issues we experience with glass lenses. They include heavy lenses, chromatic aberration (blurry images with rainbow-colored edges), high production costs, and the need to use glass prisms….

Are you searching for the best telescopes to use for your Astrophotography hobbies? In this reviews, we have come up with some of the best brands on the market. Remember that many Astrophotography telescopes tend to cost more when you compare them with the regular ones. However, the quality you get ensures you get the…